Epilepsy is a disorder of the central nervous system (CNS) in which individuals experience epileptic seizures, displays of transient deregulated neural activity in one or both hemispheres. Epileptic activity displays as changes in sensory awareness and involuntary motor activation of specific body parts, which can occur with consciousness preserved, or with loss of consciousness. Seizures can range from mild and unnoticeable to others to generalized seizures that can last several minutes or longer. The different forms and grades of severity of epilepsy may be linked to specific areas of the central nervous system that are damaged, but in many cases the precise location of nervous system dysregulation is unknown.

The prevalence of epilepsy is on the order of one out of every 150 people, but one in every 26 people may be affected with epilepsy at some point in their life. One type of epilepsy involves the temporal lobe, with a sub-type called medial temporal lobe epilepsy being a more common form. Here, sclerosis (i.e. a structural change) of the hippocampus appears to constitute an important defect. Seizures are frequently caused by such localized brain damage as a result of injury, hypoxia, exposure to certain chemical substances, or infection during pregnancy, but can also be caused by a brain tumor. Brain injury due to an ischaemic stroke can bring about epilepsy. Genetic predisposition contributes to the development of epilepsy.

Epilepsy is treatable, permitting those affected to live a relatively normal life. Treatment includes the use of antiepileptic drugs that aim to restore alterations in inhibitory neurotransmitter activity in the brain. However, in approximately a third of epilepsy patients, currently available antiepileptic drugs are ineffective. So-called drug-resistant epilepsy is defined as the failure to respond to two or more antiepileptic drugs at a therapeutic dose. Epilepsy associated with tumors is often poorly controlled with drugs and a better option may be surgical treatment. Neuromodulation (e.g. deep brain stimulation) holds promises for the treatment of several neurological disorders, including epilepsy. Further improvements in overcoming currently untreatable epilepsy are the subject of much research. Another important treatment consideration is that many available anticonvulsants are associated with a substantial burden of side effects and risk of teratogenicity in the case of pregnancy. 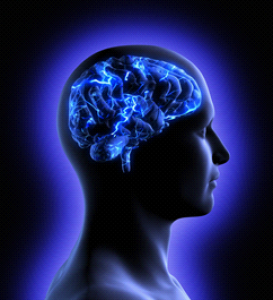 DHA is a structural component of the brain and supports neurotransmission in the central nervous system. In animal models of epilepsy, the provision of DHA has been shown to improve neuronal activity dysregulated in epilepsy, and to delay the onset of epileptic episodes. Animal studies have shown that DHA is important for hippocampal neurogenesis, and it can limit neuronal hyper-excitability in the hippocampus.

Christopher DeGiorgio and collegues in the Departments of Neurology, Cardiology and Neurobiology at the University of California Los Angeles School of Medicine in California, USA, now report on the results of an intervention that studied the effect of fish oil on drug-resistant epilepsy. Twenty-four participants with drug-resistant epilepsy took part in a randomized double-blind cross-over trial that aimed to examine the anti-epileptic effect of two doses of EPA/DHA-containing fish oil. The participants had partial onset epilepsy, which means that the epilepsy displayed starts in one hemisphere (and does not include generalized seizures that originate in both hemispheres). The subjects included both men and women and were aged 18 to 56 years. Study participants were randomized to six different treatment sequences, with the entire trial lasting 42 weeks. After completing a treatment sequence each subject had thus completed a cross-over trial in which he/she received a low-dose fish oil, a high-dose fish-oil and a placebo oil, in random order. Each treatment period lasted 10 weeks, with wash-out periods lasting 6 weeks between each treatment period. In this study, participants were continued on their anticonvulsant medication regimens.

The low-dose fish oil contained 1080 mg omega-3 fatty acids per day in three capsules taken daily, and included 216 mg EPA and 144 mg DHA. The high-dose fish oil contained twice these amounts (six capsules). Six daily capsules of corn oil were used as placebo, and three corn oil capsules were used as placebo to complement the low-dose fish oil intake. Characteristics of the study participants were well characterized at baseline and monitored throughout the study, at the beginning and end of each treatment period. None of the patients had other illnesses, or had consumed fish oils, aspirin, or warfarin 30 days prior to the trial. The cross-over study design was chosen because a parallel intervention is not suitable for trials on epilepsy with a relatively low number of participants and the heterogeneous nature of epilepsy that gives rise to large between-group differences in seizure frequency at baseline.

The primary endpoint of the study was the percentage change in the frequency of seizures for the three different treatments, testing the null-hypothesis that fish oil would not affect the endpoint compared to placebo. The total seizure frequency was defined as the total number of simple partial seizures (fully conscious changes in sensations or movements), complex partial seizures (diverse sensory changes and involuntary movements with partial or complete loss of consciousness) and generalized tonic/clonic seizures (loss of consciousness, with generalized spasms and involuntary muscle activity). Changes in seizure rates were expressed as the percentage of the rate in either one of the two fish oil dosing treatment periods compared to the seizure rate observed in the placebo treatment period, regardless of treatment order.

The study highlights that dose-ranging studies are fundamental to fully characterize the efficacy of EPA/DHA and fish oil. Loss of efficacy in epilepsy at higher doses of DHA has also been shown in the rat, where increased latencies in experimental seizures induced by treatment with DHA are lost at higher DHA doses. That an optimal dosage regimen is hard to define and implement is perhaps reflected in a study where dietary supplementation with a relatively high consumption of DHA or EPA for four weeks was not found to reduce seizure latency in four different murine epilepsy models.

An increase in high-frequency heart-rate variability (HRV) has been associated with a decreased risk for fatal arrhythmias and sudden death. Epilepsy is also associated with an increased risk of death. The potential effect of the low-dose fish oil on high frequency HRV may point at a concurrent cardio-protective effect in the tested epilepsy patients. In this respect, it is interesting to note that a U-shaped relationship between the level of DHA in red blood cells, as well as between the consumption of long-chain omega-3s, and the risk of atrial fibrillation has been recently reported. Finding the optimal dose of EPA/DHA, instead of merely “higher is better”, is therefore an important concept to bear in mind while trying to develop clinically meaningful and insightful use of omega-3s.

The cross-over study design has shown that a relatively low dose of EPA/DHA in fish oil capsules offers promising improvements in the frequency of seizures in people with epilepsy, at least in those with partial-onset epilepsy. The present study constitutes a significant advance and provides important impetus to carry out larger trials to assess the use of EPA/DHA treatment as a new means to target drug-resistant epilepsy. It is important to note that fish oil was not tested as monotherapy for seizures in this study, and was added to ongoing treatment with anticonvulsant medications. Future studies are required to assess the efficacy of long-chain omega-3s as monotherapy for seizure disorders.