Posted by pufa | August 29, 2015
Cardiovascular Health
This article at a glance   Introduction 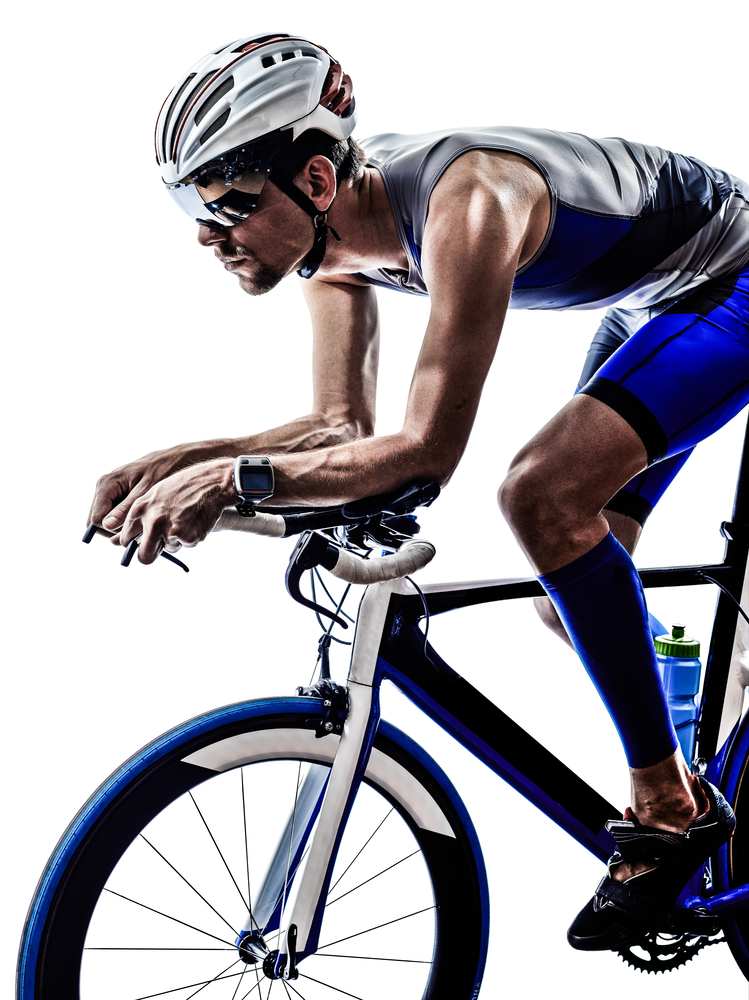 Training of exercise endurance involves adaptations in the efficiency by which the cardiovascular, respiratory and skeletal muscle organ systems support the delivery of energy substrates and oxygen (O2) to muscles during periods of increased physical demand. The human body is well developed to adapt to endurance exercise, and has a tremendous capacity to adjust with major increases in ventilation and cardiac output capacities to achieve its physiological needs. The maximum transport rate for O2 to reach skeletal muscle from the lungs is limited by two principal factors: the maximum rate of O2 uptake from the lungs (VO2max), and the resistance of the diffusion pathway from capillaries to muscle tissue. The major ways in which the human body addresses these limitations is by making adaptations in cardiac output and hematocrit to facilitate increased oxygen transport from the lungs to the circulation and carry the oxygen to the muscles. While reactive hyperemia facilitates increased muscle tissue perfusion during exercise, the principal adaptive features to overcome an increased diffusion limitation in trained muscles is an angiogenic response that increases skeletal muscle capillarity, an increase in mitochondrial density, and an intensification of the parallel activation of ATP usage and ATP supply. Endurance exercise training activates several changes to achieve a higher cardiac output: enlargement of the ventricular cavities, increased myocardial vascularity, an increased blood volume that increases central venous pressure, and a decrease in resting heart rate. Resting bradycardia permits a markedly increased dynamic range in cardiac output from rest to exercise. Along with a tremendous increase in pulmonary ventilation during exercise, highly trained people can meet oxygen consumption demands of ~ 6 liters/min, compared to an average untrained person with an oxygen demand of ~ 3 l/min. Along with these physiological adaptations, several metabolic adaptations improve the utilization of energy substrates to optimize power-generating capabilities in muscle, and increase the lactate threshold. Neuronal and endocrine signaling regulate the adaptations to increased training, and are likely sensitive to different types and forms of exercise training, e.g. endurance, interval, and muscle power training. How specific dietary components influence the physiological and metabolic adaptations to exercise in relation to increased performance in athletes, and in people that exercise in general, is a subject of growing interest. Omega-3 LCPUFA improve flow-mediated vascular dilation, an important response of conduit arteries that permits increased blood flow to an active vascular bed. Omega-3 LCPUFA also have measurable effects on the heart, resulting in a lower resting heart rate and small decreases in resting blood pressure. Since these effects may also be beneficial in improving exercise performance in athletes, understanding the extent of the influence of omega-3 LCPUFA intake and status in exercise adaptation is of interest. However, very few studies have examined the effects of EPA and DHA supplementation on exercise physiology in athletes. Two

recent studies have addressed in more detail whether supplementation with omega-3 LCPUFA influences cardio-respiratory function in highly-trained athletes and elite endurance cyclists. First Study Looks at Low-Dose Supplementation A recent study has addressed the effect of low-dose fish oil supplementation on the heart rate response to intense exercise in physically fit men. The research was carried out by Macartney and colleagues at the Centre for Human and Applied Physiology at the School of Medicine, Medical and Exercise Science, University of Wollongong, Australia. Heart rate, heart rate variability and heart rate recovery during rest, intense exercise, and recovery were measured following eight weeks of supplementation in physically fit and healthy males. The study was a double blind randomized intervention study with men (18-40 years old) who regularly trained intensely with at least four sessions of 60 minutes of moderate-to-vigorous exercise sessions per week. Participants were allocated in a random fashion to 2 g of tuna oil every day providing 140 mg EPA and 560 mg DHA daily, or soya bean oil, with 13 persons in both groups completing the trial and the post-supplementation exercise testing protocol. Men consuming more than two fish meals per week, already taking omega-3 LCPUFA supplements, or who could not be confirmed to regularly exercise at the desired level, were excluded from the study. The oils were provided in unmarked and indistinguishable capsules (two capsules a day). Compliance was confirmed by capsule counts, and by incorporation of omega-3 LCPUFA into erythrocyte membrane lipids.

Measurements of cardiovascular function were taken before and after the eight-week supplementation period. Resting heart rate was measured at home using a heart rate monitor upon going to bed, and during sleep (mean and minimum heart rate), as well as in the laboratory 20 minutes before the exercise test. Blood pressure was monitored at home in the morning and evening using an automated blood pressure monitor over a three-day period. In order to assess the effects of dietary supplementation with omega-3 LCPUFA on cardiovascular function during exercise, participants performed a cycling exercise composed of three parts: a 10 minute submaximal cycling at 125W (steady-state sub-maximal cycling), six 30 second cycling sprints with 150 seconds recovery between each sprint (repeat-bout sprints), and after five minutes of active recovery (slow cycling), a five-minute work capacity trial of uninterrupted maximal cycling effort. This was followed by a 10-minute recovery in the supine position under controlled laboratory conditions. During the entire exercise cardiac frequency, heart rate variability, aerobic work, and oxygen consumption were measured. Results There were no significant differences between the control and treatment groups in age, height, mass, blood pressure, resting heart rate, heart rate during the steady-state exercise, maximal oxygen consumption (mean of ~51 ml/kg x min), or the amount of work exerted during peak exercise activity. There were no differences in self-reported physical activity during the week prior to study commencement (average of ~450 minutes), and consumption of fish (1.4-1.8 100 g portions a week) in the two study groups. After eight weeks of supplementation with the DHA-rich tuna oil, the treatment group had a significantly higher level of DHA in erythrocyte membrane lipids, as well as an increased omega-3 index (percentage EPA plus DHA of total fatty acids in erythrocyte membrane lipids). There was no increase in EPA content in the treatment group, and no difference in linoleic acid content was found between the two groups. In control subjects there were no significant changes in membrane fatty acid composition.

Fish oil supplementation did not change blood pressure, heart rate, or heart rate variability under resting conditions. There was no difference in resting heart rate variability between the two groups, obtained from a beat-to-beat analysis of heart rate, although a trend for a lower vagal (parasympathetic) autonomic tone under resting conditions in men taking the fish oil supplement was noted. During the steady-state sub-maximal cycling period, the fish oil group had a significantly reduced heart rate (23 beats per minute lower during the second five minute cycling period) compared to the control group. During peak cardio-respiratory efforts, whether during sprints or the work capacity trial, no differences in any of the measured cardio-respiratory parameters were found between the two groups. However, during the recovery phase, the time to half recovery (the restoration of the elevated heart rate towards a baseline value) was significantly shorter in the fish oil group (eight seconds at the end of supplementation period compared to baseline) compared to control (no change with respect to baseline). There was no difference in the heart rate variability between supplemented and control subjects, suggesting that EPA and DHA supplementation did not affect autonomic cardiac tone during recovery from peak exercise. Elite Cyclists Focus of Second Study In a second recently published study on highly trained endurance cyclists, similar findings were reported. Zebrowska and colleagues at the Department of Physiological and Medical Sciences at the Academy of Physical Education, Katowice, Poland, examined the effect of omega-3 LCPUFA supplementation on cardiovascular and respiratory parameters in a small group of elite cyclists. The average age of the cyclists was 23 years, and they had a maximal oxygen consumption of 69.8 ml/kg x min, and a mean training volume of 655 km/month. The study was a cross-over design with the 13 cyclists randomly assigned to receive a three-week supplementation with either placebo (lactose) or an omega-3 LCPUFA supplement. After a two-week break, the study subjects switched to the opposite treatment. The daily 1.3 g dose contained 660 mg EPA and 440 mg DHA in gelatin capsules. Three weeks prior to initiation of the cross-over intervention trial, all participants were placed on the same isocaloric and nutrient-balanced diet, which was continued throughout the study. Before and after each three-week intervention period, all subjects were asked to perform a cycling exercise on an ergometer bicycle while being monitored continuously for respiratory and cardiovascular function. Participants performed three-minute periods of increasing intensity (40 W increases) up to maximal exercise intensity.